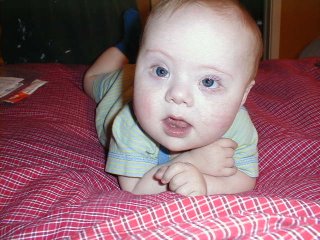 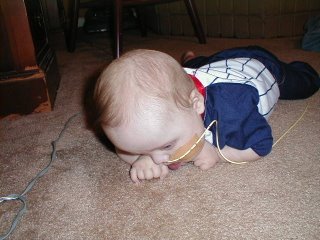 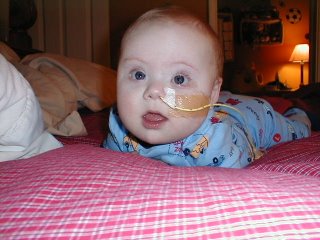 Tucker has perfected the roll over. So much so that he rolled off the couch the other day when Hunter was getting him ready for bed. Of course, Hunter was reaching for the remote for the TV and left him for a second-I think she learned her lesson. I called Children's to see what I needed to do-nothing just watch him like any other child. He had a little black eye the next day but was fine. Hunter was scared and now believes mom and dad when we tell her something. (like don't leave Tucker laying there he will roll off the couch) Needlesstosay, we cannot turn our head for a second...over and over he goes. Look how he holds his head so high. He thinks he is HOTTTT stuff that is for sure. (we think so too though)